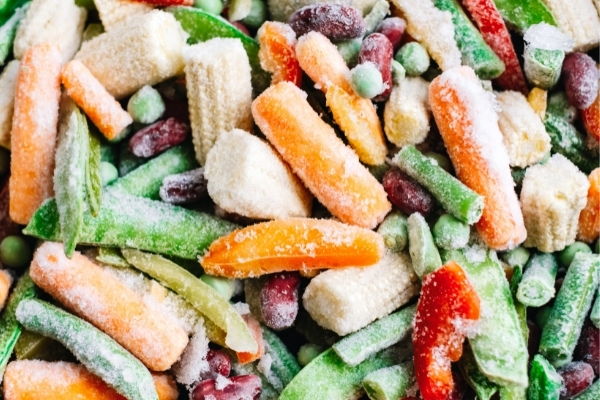 Are fresh foods significantly richer in nutrients when compared to their frozen counterparts?

When selecting frozen fruits and vegetables, are consumers sacrificing nutrition for convenience and value?

And most importantly, ‘how fresh are your fresh foods ?’

These are some of the frequent questions in the mind of consumer today. This has become more so concerning, as in this age of globalization, and extremely fast paced lifestyle, many people, especially the ones living in cities, do not have the time to cook frequent fresh foods , and have to depend on packed and frozen foods for fulfilling their daily needs.

Also research found that consumers strongly preferred fresh foods to frozen and that information about the nutrition content of frozen and fresh foods did not significantly alter preferences.

It is clear that the freshest, and most probably the best quality is the immediate post-harvest ‘garden fresh’ produce. However, this is not commonly available to the consumer who purchases either from a vegetable vendor or, more commonly now, from the supermarket. Produce purchased from the vendors or supermarkets, has traditionally been transported and stored pending sale at ambient temperature. The purchased vegetables can be further stored at ambient or chill temperatures, by the consumer prior to use, giving further scope for quality changes (Click here to know more).

Acc. to a 2007 study in the Journal of the Science of Food and Agriculture, by a US research team, led by Joy C. Rickman , fruits and vegetables are colourful, flavourful and nutritious components of our diets and are often most attractive and health-promoting when harvested at their peak maturity. Unfortunately, most people do not have home gardens capable of supplying the recommended 5 – 13 daily servings year round.

Acc. to Rickman, many fruits and vegetables grow only in certain parts of the world, under specific temperature and humidity environments, and at particular times of the year. In addition, fruits and vegetables are typically over 90% water and, once they are harvested, begin to undergo higher rates of respiration, resulting in moisture loss, quality deterioration and potential microbial spoilage. Many fresh foods like fruits and vegetables have a shelf life of only days before they are unsafe or undesirable for consumption.

Storage and processing technologies have been utilised for centuries to transform these perishable fruits and vegetables into safe, delicious and stable products.

Refrigeration slows down the respiration of fruits and vegetables and allows for longer shelf lives. Freezing, canning and drying all serve to transform perishable fruits and vegetables into products that can be consumed year round and transported safely to consumers all over the world, not only those located near the growing region. As a result of processing, respiration is arrested, thereby stopping the consumption of nutritious components, the loss of moisture and the growth of micro-organisms.

Rickman & team found that depending on the commodity, freezing and canning processes may preserve nutrient value. While the initial thermal treatment of canned products can result in loss, nutrients are relatively stable during subsequent storage owing to the lack of oxygen. Frozen products lose fewer nutrients initially, but they lose more nutrients during storage owing to oxidation. In addition to quality degradation, fresh fruits and vegetables usually lose nutrients more rapidly than canned or frozen products. Other variables such as storage and cooking conditions will also influence the final nutrient content of a food.

Some of the nutrient losses reported during processing, storage and/or cooking may be statistically significant but not significant in terms of human nutrition. For instance, carrots lose significant amounts of vitamin C during canning, but they are not good sources of this nutrient to begin with. Similarly, other products such as pineapple contain high enough levels of vitamin C that they remain good sources of the nutrient despite degradation during thermal processing.

In a 2014 study in the American Journal of Lifestyle Medicine, US researcher Steven Miller found that, the relative amounts of water-soluble vitamin losses in canned, frozen, and fresh fruits and vegetables can also be influenced by the temperature of storage. Little vitamin C was lost in canned fruit and vegetable juices when the juice was stored at temperatures of 5deg C or less; more was lost if the storage temperature was higher.

Canned fruits and vegetables tend to have slightly lower levels of B vitamins than fresh cooked, except for folate, which tends to remain stable. Fruits and vegetables that are packed in brine or syrup tend to lose phenolic compounds and those that are vacuum packed or canned without liquids or with skin tend to retain their levels of phenolic compounds.

In a 2017 study in the Journal of Food Composition & Analysis, US researcher Linshan Li & team compared the status of targeted nutrients in selected fresh and frozen fruits and vegetables. They also compared a third category i.e. “fresh-stored” which intended to mimic typical consumer storage patterns of produce following purchase (five days of refrigeration). Broccoli, cauliflower, corn, green beans, green peas, spinach, blueberries, and strawberries of all three categories of freshness were analysed for their concentrations of l-ascorbic acid (vitamin C), β-carotene (vitamin A), and total folate.

Researchers found that, fresh foods lose vitamins upon refrigerated storage over time, while their frozen counterparts retain these nutrients equally so or better. However, in the majority of comparisons between nutrients within the categories of fresh, frozen, and “fresh-stored”, the findings showed no significant differences in assessed vitamin contents.

In a report by University of Chester, UK evaluated the impact of storage conditions on a range of fresh and frozen fruit and vegetables. Fresh produce were stored in a general household refrigerator at 4deg C for up to 3 days and a comparison made with equivalent frozen produce stored in a domestic freezer at -20deg C.

The following conclusions were made:

In a 1998 study in the journal Food Chemistry, British researcher D.J. Favell using vitamin C (ascorbic acid) as ‘marker’, allowed a direct comparison of the nutritional quality of fresh vegetables at various stages of distribution and storage, with the same vegetable commercially quick-frozen and stored deep frozen for up to 12 months.

Favell found that, the nutrient status of frozen peas and broccoli was similar to that of the typical market-purchased vegetable and was superior to peas that have been stored in-home for several days. Fresh peas and broccoli retained their quality for up to 14 days when stored under chill conditions. The nutrient status of frozen whole green beans and frozen carrots, with no loss on freezing, was similar to the fresh vegetable at harvest. Frozen spinach also compared reasonably well with the harvested fresh vegetable and was clearly superior to all market produce.

In a 2015 study in the Journal of Agricultural & Food Chemistry, a US research team, led by Ali Bouzari analysed four vitamins in several fruit and vegetable commodities to evaluate the differences between fresh and frozen produce. Ascorbic acid (vitamin C), riboflavin (vitamin B2), Alpha-tocopherol (vitamin E), and β-carotene (vitamin A) were evaluated in corn, carrots, broccoli, spinach, peas, green beans, strawberries, and blueberries.

Researchers found that, ascorbic acid showed no significant difference for five of the eight commodities and was higher in frozen samples than fresh for the remaining three commodities.

Apart from broccoli and peas, which were higher and lower in frozen vs fresh samples, respectively, none of the commodities showed significant differences with respect to riboflavin content.

Three commodities had higher levels of α-tocopherol in the frozen samples, while the remaining commodities showed no significant difference between fresh and frozen.

β-Carotene was not found in significant amounts in blueberries, strawberries, and corn. Peas, carrots, and spinach were lower in β-carotene in the frozen samples, while green beans and spinach showed no significant difference between the two storage methods.

Overall, the vitamin content of the frozen commodities was comparable to and occasionally higher than that of their fresh counterparts. β-Carotene, however, was found to decrease drastically in some commodities. 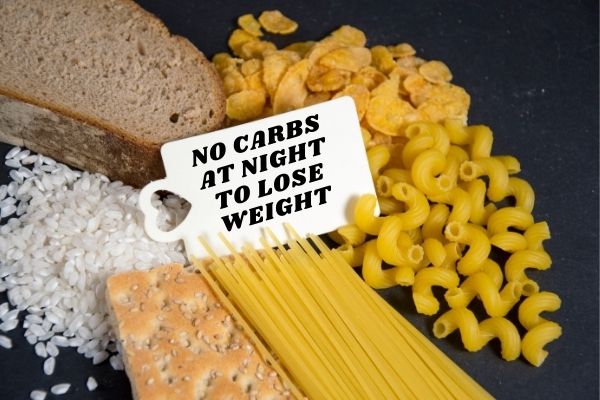 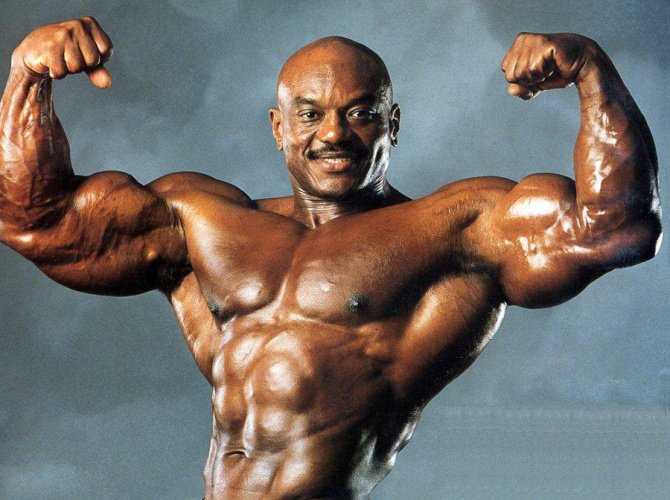 Who doesn’t love big guns? A lot of newbies to the gym are seduced by the amazing pics of yesteryear 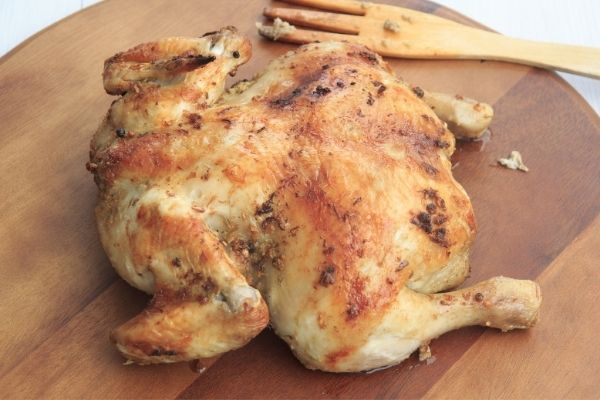 Well, I won’t just term boiled chicken vs spiced chicken as a myth, but more of a misconception or confusion

No spam, notifications only about new products, updates.
PrevPreviousADVANCE PERSONAL TRAINER VS MASTER PERSONAL TRAINER
Next5 FROZEN FOODS MYTHS AND DOUBTSNext
On Trend