The health and fitness industry is full of changing trends, one of them is being skinny, not because they necessarily work, but because a change is always needed in an industry, which fortunately works on simple ‘basics’. Basics do become stale with time, so they need to be repackaged and marketed again. That’s not an issue, but the issue surely comes in when people simply try and change the very basics and introduce some self-theorized concept of their own, without any science backing it up.

The concept from the time humans have evolved is simple. The base of every physical attribute has been a strength. When the base gets stronger, you can add on a number of other physical components. Now, strength does not mean size. You can be extremely lean and still be stronger than the biggest of the guys. A clear example is the legendary Bruce Lee.

When we talk about strength, it comprises of both physical and mental strength. If you are not strong, then you are weak. Full stop. There is simply no ifs and buts out here.

Now, in the earlier times, if someone was weaker, he was pushed, pulled, twisted, turned, motivated and moulded into being strong. But, somehow the trend has changed in recent years, and for the worse.

I recently heard guys talking about a new trend, “Skinny is in”. This new trend is on the net, in magazines, in videos, articles and you name it.

Oh! Shut up, stupid! Skinny was never in, never will be in. There is a difference in being skinny and being lean muscular. Starved models and actors showing their labourer like six-packs is not fitness. In simple terms, it is called “Weakness”. Being skinny is being weak.

There is a trend today to label and brand cowardly and weak mindset in fancy forms. So guys who cannot lift heavy in the gym and work hard, and find starvation easier than hard workouts, market themselves with such fancy words like ‘Skinny’. Don’t be stupid. Any dumb telling you this thing, is a weak-minded idiot.

The base of the human mind and the human body was strength. I am not saying all have to be world champions, but improvement in both physical and mental strength is the ultimate aim of human beings since evolution. Had we not strived for strength, our race would have perished long ago. Unfortunately, the very definition of strength has changed in recent years of false and overhyped marketing.

Please understand, that the fashion is when you lead the crowd, not when you follow it. Skinny is just another passing fashion trend. You may be genetically thin and have a higher metabolism.

On the other hand, there are guys who are genetically towards the heavier side. Both of them aim towards fitness and strength, lose excess body fat and increase lean muscle mass.

Someone, born with a more athletic body, also has to work hard to maintain the athleticism and leanness. Yes, he may be a step ahead of others, but then thank his ancestors for that.

If you are living a sedentary lifestyle, eating all kinds of junk, and getting inadequate sleep, then even the fittest of the genes won’t help you.

The skinny obsession is more dangerous in the case of women. Body shamming is the latest trend. The cultural pressures are pushing us too deep into the false mindset created by society. If you ask women about the attributes of attractiveness, the shape of the body will stand above all.

Body image is no longer an individual’s perception of his own body, but it is now the degree to which your body falls in the celebrated body traditions. The desire to obtain physical perfection now takes precedence over everything else.

Standing in front of a mirror one sees multiple disproportionalities in itself, be it the weight for women or musculature for men; or the facial imperfections which require corrections of which has now become a norm in the society.

The biggest influence of the image culture is the media influenced celebrities and models. I have spoken about the fact in my earlier articles and videos that men and women working in the entertainment industry are in the profession of looking good. Their life depends on how they appear in front of the camera. For them, even an inch of disproportional could mean the ending of their career. So they are ready to go to any extreme to get the look desired from them for an upcoming project.

In front of the camera, you actually look bigger, so maintaining thinner proportions is a must. But women to fit into the wanted norms of the industry, are getting to the extremes. Most actresses are not fit, or even thin, they are anorexic and look more like plastic mannequins than humans. There artificial make-up laden and cosmetic surgery filled faces and body, is pushing the envelope of perfection way too far.

That’s another extreme of being skinny. So, skinny for both men and women is not a virtue, it’s proving out to be a curse, and a form of a give-up attitude, which needs to be eradicated.

Be strong first, and let the trends be trends. Let the skinny be skinny.

This is one aspect about which a lot of youngsters get confused and are rarely counselled on. There are tons

THE MYTH OF METABOLISM WITH AGE

When I consult people, it is heartening to know that, many people take their decreasing metabolism with age as the 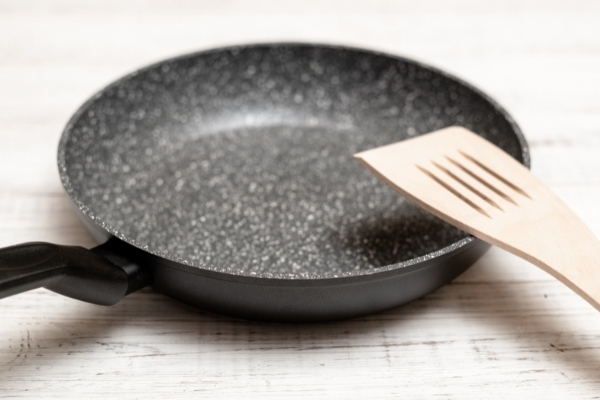 IS IT SAFE TO COOK IN NON-STICK COOKWARE

No spam, notifications only about new products, updates.
PrevPreviousWHY ARE BODYBUILDERS MORE RIPPED THAN POWERLIFTERS (BODYBUILDERS VS POWERLIFTERS)
NextLIGHT WEIGHT WITH HIGH REPS DON’T LEAD TO CUTTINGNext
On Trend