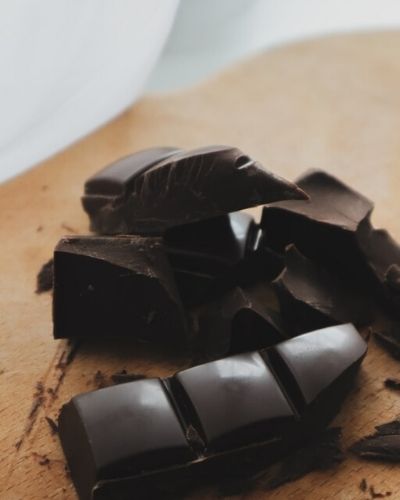 According to a 2013 study in the journal Nutrients, by a Spanish research team, led by Rafael Franco, from Centre for Applied Medical Research, Navarra University (https://bit.ly/2EN5U5Y), xanthines are a variety of compounds produced by plants and animals, and all human cells produce them. The active compounds in cacao that are structurally similar to xanthine are methylxanthines. Flavonols and methylxanthines are the most recognizable active components of cacao. Apart from cacao, coffee, and tea, various other methylxanthine-rich beverages have been used in different cultures. Linked to three of the most consumed beverages (coffee, tea, and cacao) are the most popular methylxanthines: caffeine, theophylline, and theobromine. Caffeine is the most abundant methylxanthine in coffee, its level being smaller in chocolate than in coffee. Unlike coffee, chocolate is enriched in theobromine, and the level of theophylline (the primary methylxanthine in tea) is quite low in both cacao and coffee. Methylxanthines occur naturally in as many as sixty different plant species. 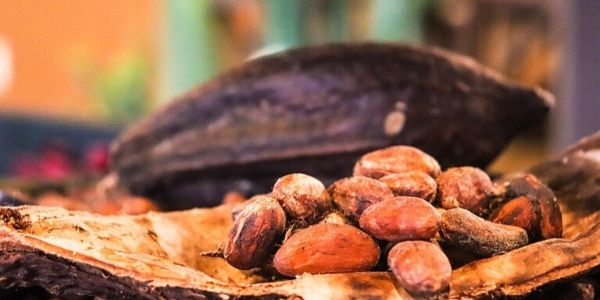 According to a 2015 study in the journal Frontiers in Pharmacology, by a Spanish research team, led by Eva Martinez Pinilla (https://bit.ly/3jftDL8), caffeine is mainly metabolized by the liver and, interestingly, one of its metabolites is theobromine. As methylxanthines, caffeine and theobromine, are blockers of adenosine receptors. Adenosine is a molecule that shows hormone-like action & acts as a potent regulator in the CNS.

However, theobromine has very different effects on the human body from caffeine; it is a mild, lasting stimulant with a mood-improving effect, whereas caffeine has a strong, immediate effect and increases stress.

According to the European Food Safety Authority (EFSA) 2008 report on theobromine (https://bit.ly/36mK5Wd), theobromine is a colourless and odourless methylxanthine with a slightly bitter taste naturally present in the cacao pod, mainly its seeds, and consequently in cocoa products and by-products. It is also a metabolite of caffeine in mammals. In comparison with other methylxanthines, it has a weak action on the central nervous system and is a weak antagonist of adenosine receptors. Theobromine is well absorbed and widely distributed in the body. It is rapidly metabolized and unchanged theobromine and metabolites are mainly excreted in the urine. Humans are exposed to theobromine mainly from chocolate confectioneries, cocoa drinks and bakery products containing cocoa or chocolate.

According to the EFSA report, the cacao tree is believed to have its origin in the forests of the Amazon and Orinoco areas of South America. It was first cultivated by Indians living in Mexico and Central America. Theobromine is derived from Theobrom, the genus of the cocoa tree, which is composed of Greek roots theo (“God”) and broma (“food”), meaning “food of the gods”. It is told in early mythical legends that the Mexican Indians used cacao in their religious rites. The cacao beverage used by the Aztecs consisted of ground cured beans whipped up in hot water and flavoured with pepper and other spices. Christopher Columbus brought the first specimen of cacao beans to Spain as a souvenir on his fourth voyage. By 1580, it was in common use in Spain. A century later, cocoa was well known in most European countries and with time became a product in every man’s home.

Theobromine was discovered in extracts from cacao beans (Theobroma cacao) in 1842 and its chemical structure determined by Emil Fischer at the end of the 19th century. Fischer was awarded the Nobel Prize in 1902 for working out the structural formulae of theobromine and the related methylxanthines caffeine and theophylline. The fresh unfermented cacao beans contain 14-38g theobromine and 1-8g caffeine per kg seed material on a dry weight basis. Thus, the caffeine content is usually around 10-15% of the theobromine content. Dark chocolate (min. 70% cocoa) contains about 25–35mg of caffeine and 200–300mg of theobromine per 40g chocolate. Unsweetened cocoa powder, on the other hand, has over 2600mg theobromine per 100gm. Theobromine can also be found in trace amounts in the kola nut, the guarana berry, yerba mate, and the tea plant.

In a 2011 study in the journal Physiology & Behaviour, a research team from Netherlands, led by E.S. Mitchell (https://bit.ly/3l4DbJC), tested the hypothesis that a combination of caffeine and theobromine has synergistic effects on cognition, mood and blood pressure in 24 healthy female subjects. The effects of theobromine (700mg), caffeine (120mg) or the combination of both, or placebo were tested on mood, psychomotor performance, and blood pressure before and at 1, 2 and 3h after administration. 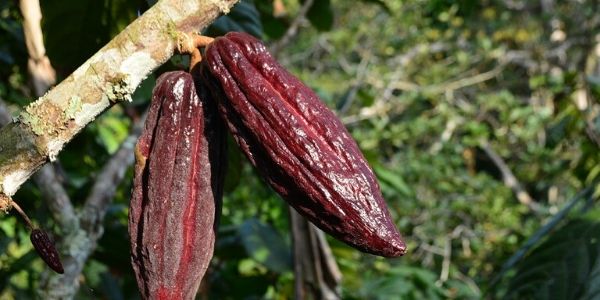 In a 1986 study in the British Journal of Clinical Pharmacology, a South Australian team, led by A. Lelo (https://bit.ly/3niaHho), studied the effects of caffeine, paraxanthine, theobromine and theophylline in six male subjects.

What is important from the study, for our reference is the fact that the half-lives of theobromine and theophylline (6.2 and 7.2h, respectively) were significantly longer than those of caffeine and paraxanthine (4.1 and 3.1h, respectively). This means that theobromine stays much longer in the body as compared to caffeine.

Franco (https://bit.ly/2EN5U5Y), found that Theobromine is toxic for a variety of mammals such as dogs. In contrast, the toxicity of methylxanthines in humans is very low. Overwhelming scientific evidence on caffeine proves that moderate consumption of caffeine from natural sources is safe; theobromine seems to be even safer for humans. The main pharmacological effects of methylxanthines include central nervous system stimulation, diuresis, cardiovascular and metabolic effects, bronchial relaxation and increased secretion of gastric acids. Despite central actions, these substances do not produce chemical dependence.

In a 2013 study in the journal Psychopharmacology, a team led by, University of Chicago researcher Matthew J. Baggott (https://bit.ly/36m4iLW), administered a wide range of oral theobromine doses (250, 500, and 1000mg) along with a controlled dose of caffeine (200mg) in 84 healthy participants. 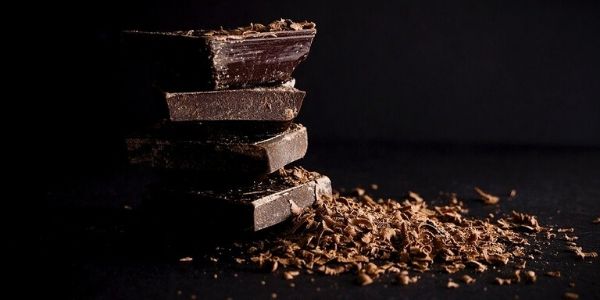 In a 2004 study in the journal Psychopharmacology, a British research team, led by H.J. Smit (https://bit.ly/3n1nC74), measured the effects on cognitive performance and mood of the amounts of cocoa powder and methylxanthines found in a 50g bar of dark chocolate. In one of the studies voluntaries took visually identical portions of white chocolate, containing no methylxanthines, or low (8mg caffeine + 100mg theobromine) or high amounts (20mg caffeine + 250mg theobromine) of methylxanthines. These three forms mimic, respectively, white, milk, and dark chocolate.

Researchers found that identical improvements on the mood construct “energetic arousal” and cognitive function were found for cocoa powder and the caffeine+theobromine combination versus placebo. In chocolate, both “milk chocolate” and “dark chocolate” methylxanthine doses improved cognitive function compared with “white chocolate”. The effects of white chocolate did not differ significantly from those of water. This means that, that the psycho-stimulant effect of chocolate is mainly due to the methylxanthines present.

Researchers found that theobromine does not influence mood and vigilance when administered in nutritionally relevant doses, despite sharing many of the caffeine’s structural characteristics. This was because, at every dose tested, theobromine failed to consistently affect mood state or vigilance, but 100mg caffeine significantly decreased lethargy/fatigue and increased vigour.

British researchers H.J. Smit & R.J. Blackburn, in a 2005 study in the journal Psychopharmacology (https://bit.ly/3n3ObJ3), studied 64 subjects who consumed a ‘novel’ drink + treatment capsule. Treatment capsules contained either a dose combination of 19mg caffeine and 250mg theobromine (amounts equivalent to those found in 50g of dark chocolate), or a placebo. The researcher found that liking for the drink paired with the methylxanthine-containing capsules increased over time compared to the placebo-paired drink. It is the methylxanthines such as theobromine, that are known to contribute to chocolate cravings and preference for dark chocolate tastes.

In a 2013 study in the journal Appetite, US researcher Michael Grandner & team (https://bit.ly/3l3hYiX), studied dietary nutrients associated with short and long sleep duration in the US nationally representative sample of 5587 subjects, showing that the largest contributor to sleep duration was theobromine. These results contrast with those known for caffeine, which causes insomnia in a percentage of the general population. 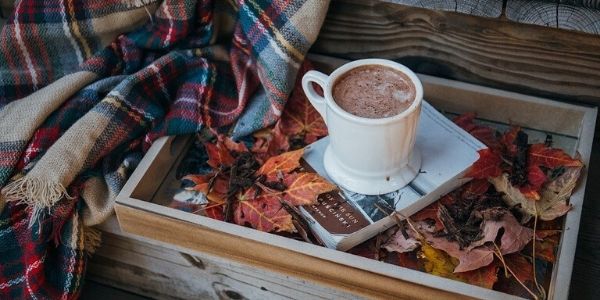 In a 2005 study in the American Journal of Clinical Nutrition, Italian researcher D. Grassi & team (https://bit.ly/3jnFFlC), compare the effects of either dark or white chocolate bars on blood pressure and glucose and insulin in healthy subjects. 15 healthy subjects were assigned to receive for 15d either 100g dark chocolate bars, which contained approximately 500mg polyphenols, or 90g white chocolate bars, which presumably contained no polyphenols. Researchers found that dark, but not white, chocolate decreases blood pressure and improves insulin sensitivity in healthy persons.

Franco observed that the benefits of the natural products in cacao may be offset by the heavy caloric intake due to chocolate consumption. The chocolate bars used in the above study contained approximately 500kcal, which roughly is 20%–25% of the recommended caloric intake per day. Unless sugar in cacao drinks or chocolate is totally or partially substituted by low caloric ingredients, the benefits of cacao on endocrine matters related to glucose and lipid handling can be contrasted, or even reversed, by increases in body weight.

In a 2013 study in the journal European Review for Medical and Pharmacological Sciences , an Italian research team, led by L. Di Renzo (https://bit.ly/34ehz6L), investigated the effects of dark chocolate consumption on lipid profile, inflammatory markers, biochemical parameters, and blood pressure, in 15 overweight & obese women, who received a diet intake with 100g of dark chocolate (containing 70% of cocoa) for 7days.

Researchers found a significant effect of the 850mg pure theobromine but not 150mg theobromine and 325mg flavonoids, on HDL cholesterol.

In a 2012 study in the International Journal of Hypertension, a Brazilian research study led by Livia de Paula Nogueira (https://bit.ly/3cLcRB4), evaluated the association of chocolate 70% cocoa intake with metabolic profile, oxidative stress, inflammation, blood pressure, and endothelial function in stage I hypertensives with excess body weight. All participants were instructed to consume 50g of chocolate 70% cocoa/day, for 4 weeks.

Researchers found an improvement in endothelial functions, after 4 weeks. However, there were no significant changes in percentage body fat, glucose metabolism, lipid profile, biomarkers of inflammation, oxidized LDL, and blood pressure.

In a 2008 study, in the International Journal of Obesity, a research team, led by K. Davison (https://bit.ly/3nb14Rg), investigated the effects of cocoa flavanols and regular exercise, interventions known to improve endothelial function, on cardiometabolic function and body composition in obese individuals. Overweight and obese adults were assigned to the following groups: high-flavanol cocoa (HF, 902mg flavanols), HF and exercise, low-flavanol cocoa (LF, 36mg flavanols), or LF and exercise for 12 weeks. Researchers found that HF consumption was shown to improve endothelial function, but it did not enhance the effects of exercise on body fat and fat metabolism in obese subjects. 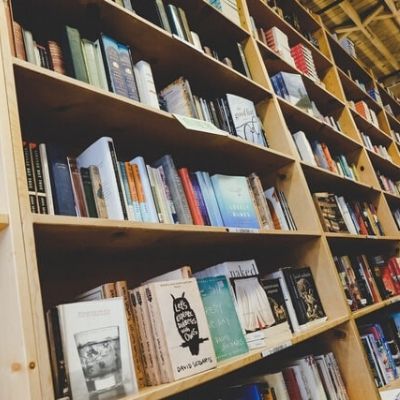 Sometime back when I was researching on various topics for my books, I had no one to ask, simply because 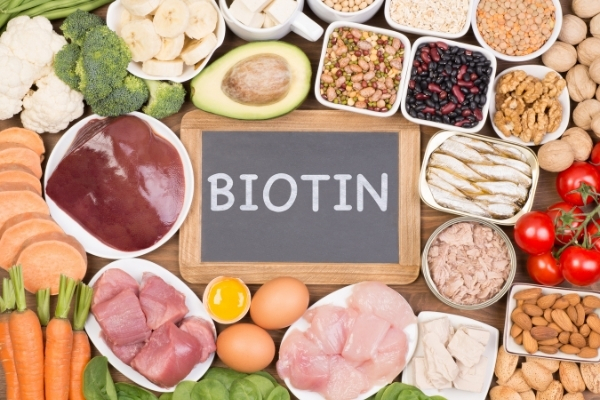 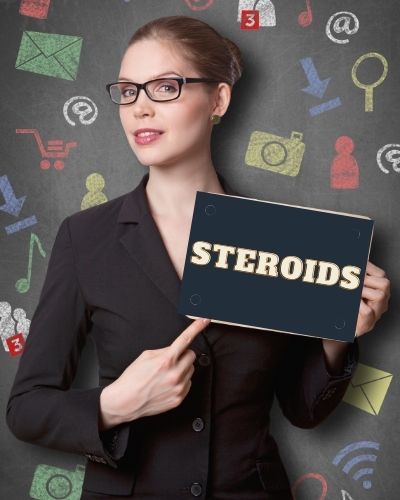 Everyone around the world knows this simple fact that steroids are openly being used in sports, especially in non-Olympic sports 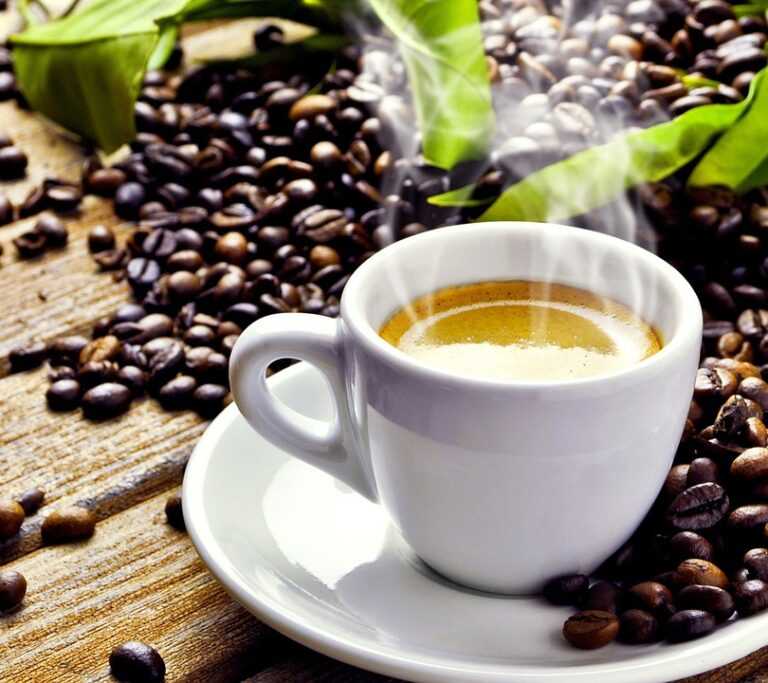 No spam, notifications only about new products, updates.
PrevPreviousMIRACLE OF BAREFOOT WALKING – CHEAPEST SECRET FOR UR HEALTH
NextWHAT IS THE PROBLEM IN DOING BUSINESS?Next
On Trend