There are tons of supplements in the market which claim to burn fat and ramp up your metabolism. The biggest problem with most of them is that they are not backed by studies, and simply don’t work. Green coffee bean extract is one such stupid supplement.

Studies have shown that green coffee beans are a rich source of a compound known as Chlorogenic Acid, which has powerful antioxidant and anti-inflammatory properties that are highly absorbed and metabolized in humans. But here we are talking about weight loss effects, not health benefits of green coffee.

It is said that chlorogenic acid is also present in roasted coffee beans, but much of the chlorogenic acid is destroyed during the roasting process. There is another compound found in coffee that is highly neglected but maybe even more important than caffeine or chlorogenic acid as per many coffee experts. These are called Quinides. Chemical analysis of coffee showed that green coffee has no quinides and dark roast has a small amount in it. Its levels are maximum in light roast followed by the medium roast. These quinides have been associated with a range of health benefits of coffee and therefore when choosing for health benefits, the right roast is very important.

Some initial studies did come out in support of the GCE, but there were a lot of concerning issues that were not addressed. A 2006 study done on rats, by a team of Japanese researchers, led by H. Shimoda, in the journal BMC Complementary and Alternative Medicine, found that Caffeine and chlorogenic acid showed a tendency to reduce visceral fat and body weight. The results suggest that GCE is possibly effective against weight gain and fat accumulation by inhibition of fat absorption and activation of fat metabolism in the liver. Caffeine was found to be a suppressor of fat absorption, while chlorogenic acid was found to be partially involved in the suppressive effect of GCE that resulted in the reduction of liver triglyceride levels.

The first-ever GCE based supplement came out in 2002, by Berkem, a French phytochemical and plant extract company. The product was first marketed as a dietary supplement in 2002. By 2005 it was the active ingredient in CoffeeSlender, a popular weight-loss product in Norway, and the product launched in the UK the following year. At the 2006 Health Ingredients Europe conference, it received the Bronze Award in the best ingredient category.

The main controversy started from the study published in the journal Gastroenterology Research and Practice in 2011. According to the study, diets rich in polyphenols may help to prevent various kinds of diseases associated with oxidative stress, including coronary heart disease and some forms of cancer. GCE has been reported to have antioxidant activity, demonstrated by its ability to scavenge free radicals and to increase the antioxidant capacity.

The evidence from analysis seems to indicate that the intake of GCE can promote weight loss. However, several issues exist here. Firstly, the size of the effect is very small, and the clinical relevance of this effect is uncertain. More rigorous trials with longer duration are needed to assess the efficacy and safety of GCE as a weight loss supplement. Participants in the studies were instructed to restrict their diet and increase their exercise in addition to taking the supplement, which most sellers never tell you.

But just like various other marketing gimmicks and supplements, the marketers found a massive profit in this supplement. In April and September 2012, The Dr. Oz Show featured green coffee bean extract and conducted its own non-scientific study as to its efficacy. The guest on that show, Lindsey Duncan, had been fined $9 million by the Federal Trade Commission for making deceptive and unsubstantiated claims related to green coffee products promoted on The Dr. Oz Show.

Dr. Oz has been talking and promoting different weight loss products in his famous show for quite along. Being a prestigious personality who has a recognized medical background, he claims to promote only the reliable and effective product at his show. However, his claim that green coffee bean extract is some kind of “magic weight loss cure” has put him into trouble. Needless to say, Dr. Oz has millions of followers, who blindly believe his recommendations. In such type of scenario, social or communal liability increases.

According to the Jan 26, 2015 report by the FTC (Federal Trade Commission) in US, “Lindsey Duncan and his companies made millions by falsely claiming that green coffee bean supplements especially green coffee bean extract cause significant and rapid weight loss,” said Jessica Rich, Director of the FTC’s Bureau of Consumer Protection. “This case shows that the Federal Trade Commission will continue to fight deceptive marketers’ attempts to prey on consumers trying to improve their health.”

The FTC charged that Duncan and his companies, Pure Health LLC and Genesis Today, Inc. deceptively claimed that the supplement could cause consumers to lose 17 pounds and 16 percent of their body fat in just 12 weeks without diet or exercise and that the claim was backed up by a clinical study. In September 2014, the FTC settled charges against the company that sponsored the severely flawed study that Duncan discussed on Dr. Oz.

The main study that was done was funded by Applied Food Sciences Inc. which is a company that makes green coffee bean extract. The study was very small—16 participants. Participants were on a 2400 calorie diet and burned 400 calories during activity. 2000 calories per day would put some participants, especially men, at a calorie deficit each day. Dr. Oz did his own simple study and said his participants lost a stupid min of approx 1kg.

The FTC charged that the study’s lead investigator for repeatedly altering the weights and other key measurements of the subjects, changing the length of the trial, and misstating which subjects were taking the placebo or GCA during the trial. When the lead investigator was unable to get the study published, the FTC says that AFS hired researchers Joe Vinson and Bryan Burnham at the University of Scranton to rewrite it. Despite receiving conflicting data, Vinson, Burnham, and AFS never verified the authenticity of the information used in the study, according to the complaint.

According to examine.com, “Oral ingestion of Green Coffee Bean Extract may weakly reduce body weight in overweight and obese persons (mechanisms currently unknown, thought to be related to preventing carbohydrate uptake from the intestines after a meal) although the degree of weight reduction seems quite unreliable at this moment in time; studies in lean persons are non-existent right now.”

So for all the stupid people who are ready to get any product sold in the name of weight loss or fat loss, understand that the companies are more than happy to sell you stuff, and earn profits. They know that by the time the truth comes out in the market, if by any chance it ever does, then they would have already raked in huge profits and come up with yet another deceptive product. This cycle never ends and a normal person is caught in the cycle.

When it comes to green coffee bean extract, it simply doesn’t work. On the other hand, it costs a bomb. Whereas, your favourite coffee costs nothing, tastes amazing, has phenomenal health benefits and caffeine is a proven ingredient to increase your metabolism and burn fat. The choice is yours. 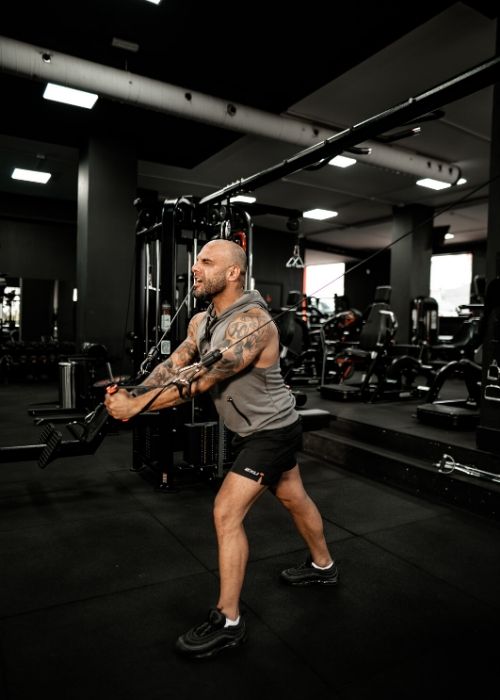 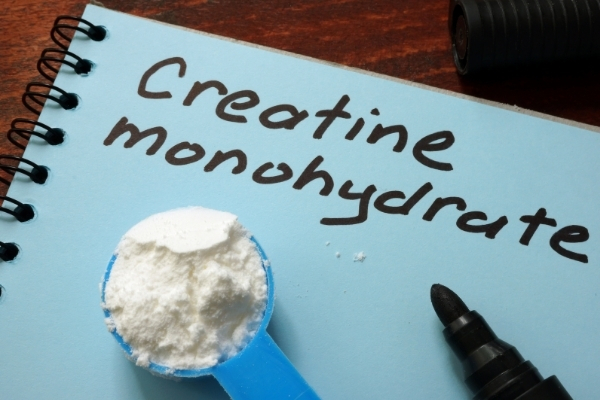 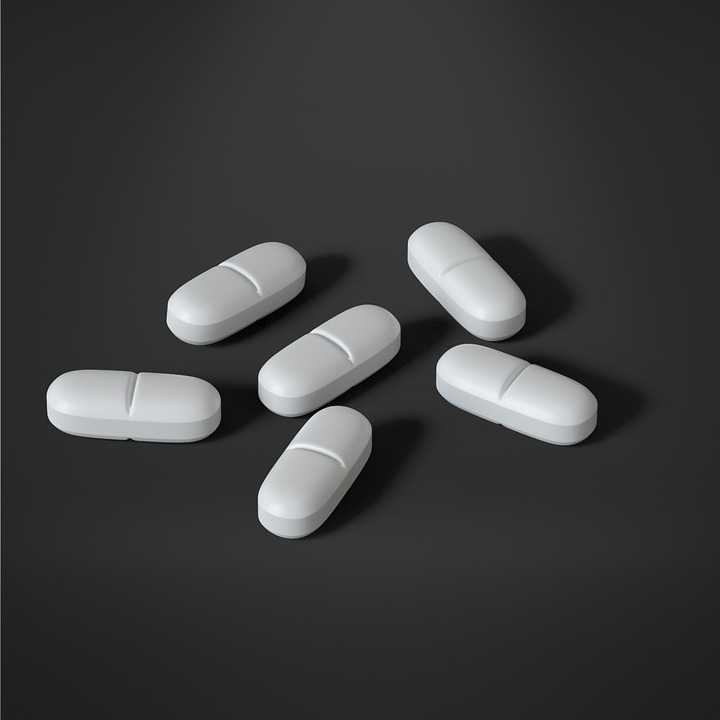 L–ARGININE is a conditionally essential amino acid, which means that it may be needed in special conditions such as malnutrition, 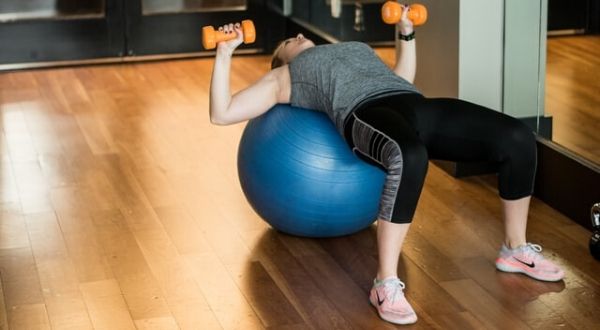 No spam, notifications only about new products, updates.
PrevPreviousPGCL – JUST DON’T USE IT
NextTHERE IS NO DIET/EXERCISE/SUPPLEMENT FOR BELLY FATNext
On Trend